Narcos The Board Game

Narcos: The Board Game, which is based on the television series Narcos, puts players in the roles of the series’ most powerful characters and factions as they rewrite the story behind the rise and fall of El Patrón. One person acts as El Patrón, managing a growing narcotics empire while trying to keep their location on the board a secret. The remaining players lead the Hunter factions: the DEA, Policía Nacional de Colombia, Cali Cartel, and the guerrilla extremist group. These seemingly disparate groups are united in their common interest to discover the hidden position of El Patrón, sharing information and discussing strategies. If the El Patrón player manages to complete their secret objectives without being captured by the Hunters, they win. However, if the Hunters are able to uncover El Patrón’s location, they succeed in their mission and win.

—description from the publisher

Be the first to review “Narcos The Board Game” Cancel reply 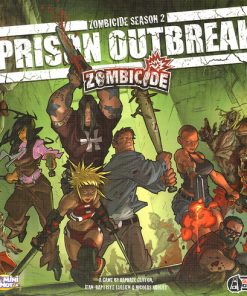