the Kickstarter Exclusive “Battlegrounds of HATE” gives you everything you need to run a 3rd simultaneous battle in your HATE chronicle. HATE is a game for up to 6 players to share in the chronicle, made up of mainly 1vs1 battles. So if you want to run the ultimate get-together, you’ll want to be able to run 3 separate battles at the same time. We’ve already included a 2nd set of components in the base pledge to allow backers to play 2 consecutive battles. Now the Battlegrounds of HATE expansion give you the chance to add a full 3rd battle to your lineup. This expansion comes with: 1 Game Board 12 Plateau Tiles 10 Hut Tiles 8 Tree Tiles 100 Plastic Tokens 6 Black Dice 5 Scenario Dashboards 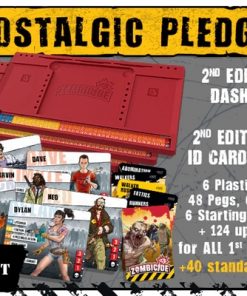 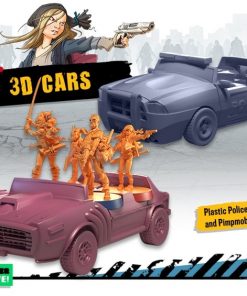